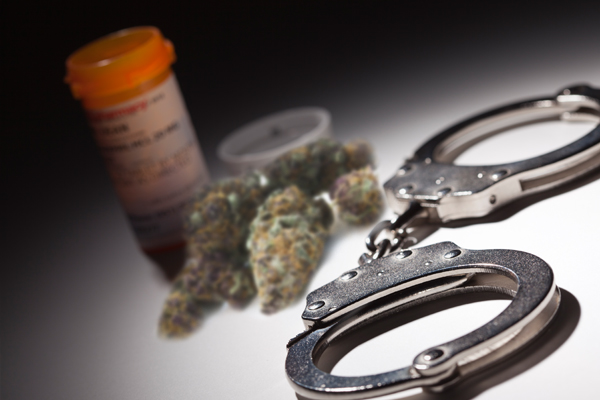 Marijuana laws have changed so much that the penalties for some offenses are not as harsh as they once were. In certain situations, the penalties have reduced from a having a high likelihood of serving time, to simply paying a small fine. However, as many states move towards decriminalization, it’s not always obvious what happens to people who have already been convicted.

To be clear, even when marijuana laws change, decriminalization is not the same as making something legal. It only means that the jurisdiction has amended its laws and will no longer prosecute people accused of specific crimes. For example, possessing a small amount of pot, that is clearly intended for personal use, won’t result in an arrest, a lengthy court case, or a carry huge penalties. There are several states that treat the possession of a small quantity of weed much like they would a traffic offense.

Marijuana Laws: What to Do if You’re Prosecuted Prior to Decriminalization

Prior marijuana laws resulted in detainment, convictions, and time behind bars, though newer ones don’t carry the same penalties, and there are still people in prisons serving time for violating drug laws that have been reformed or modified.

“a law that retroactively modifies a defendant’s right, particularly by criminalization as well as imposing penalty for an act that was not criminal or punishable at the time it was committed, yet enhancing the severity of a criminal offense… by increasing the consequence for a criminal activity… or by taking away from the protections afforded the defendant.”

Simply put, laws cannot be applied retroactively to convict you of a criminal activity that was not a crime when you committed it. However, the opposite is not always true.

Retroactive Amelioration Relief is a Possibility

A new regulation that decriminalizes an offense does not generally lessen a sentence or end a conviction that occurred prior to the new regulation’s passage, though if the regulation has a retroactive amelioration clause, it is a possibility.

For example, California’s Proposition 26 amended their three-strike rule. People convicted under the old laws would receive lifelong incarceration, regardless of what the third felony charge was. This meant that even non-violent individuals, found guilty of things like theft, would spend their entire lives behind bars. When the legislation was modified, only violent criminals faced harsh consequences on the third strike. This wouldn’t have helped the people already sentenced, but lawmakers included a clause about retroactive ameliorative relief, enabling the courts to resentence people who were previously convicted, so that they did not have to face life imprisonment if they were not violent offenders.

Because the laws in each state are slightly different, there is no guarantee that a change in legislation will clear the slate of those with previous convictions. At this time, Texas does not have a decriminalization law on the books yet, and it’s impossible to know if retroactive amelioration stipulations will be included in any statewide legislation. Though a few individual cities have made the move towards decriminalization, there is nothing on the books statewide, and nothing to provide relief for those already convicted.

Apply for a Pardon

A pardon is a form of clemency. It’s a benefit that is given to specific suspects or convicts that either minimizes or eliminates their criminal liability. Clemency is typically provided by the head executive of a jurisdiction (e.g., mayor, governor, or president). A pardon, which usually forgives all criminal liability for an individual’s misdeed, is regarded to be the highest form of clemency.

Applying for a pardon may be one option to receive relief, though it can be incredibly difficult to obtain a pardon from the governor, and attempts to gain a pardon often fail. An experienced Dallas drug lawyer can help guide you through the process of requesting a pardon and handling all the necessary paperwork.

Retaining a Drug Attorney in Dallas

A competent drug attorney for Dallas cases, such as those we feature on this site, may be able to help you if you were previously convicted under old statutes. Your drug crime attorney will review all the details of your case, and help you determine which strategy is best going forward. In some situations, a marijuana lawyer will work for a pardon, though there are other techniques that may be applied to have sentences reduced or records cleared. To get information related to your situation, get in touch with a Dallas drug lawyer right away. Review the profiles on this site, and take advantage of the free case evaluations offered.